As an admin, you have 3 options to deliver licenses to the end-users. 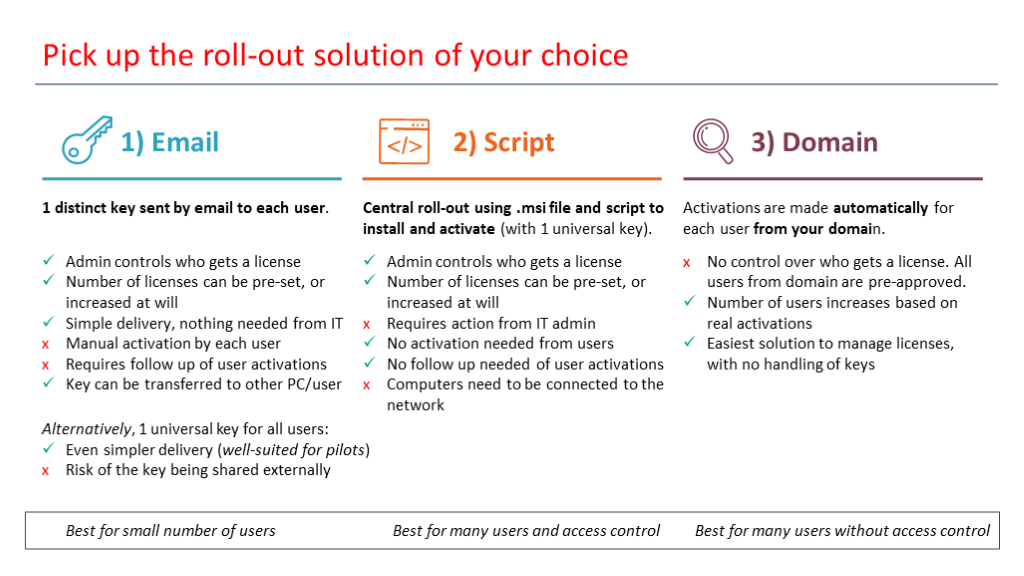 The simplest way to deliver licenses is usually to send an email to the users, with everything they need to install on their own.

Power-user offers an .msi file, allowing your IT admin to roll out licenses centrally to users within your organization. This option is best if you have many users, as it will save each user the need to install and activate the license on their own.

After running this script, Power-user will be installed and activated on the machine, without requiring the user to take any individual action.

We can enable any user with your organization's domain to have access to Power-user based on their email domain.

This is the easiest solution for license management from the admin perspective, but is only suited if all users from the domain are eligible to have a Power-user license.

Contact us if you want to explore this option for your organization.

Did you find it helpful? Yes No

Send feedback
Sorry we couldn't be helpful. Help us improve this article with your feedback.